Peter Charles Morris is the co-author and co-lyricist of Howard Crabtree’s Whoop-Dee-Doo!, winner of the 1994 Drama Desk Award for Outstanding Musical Revue. His musicalization of The Adventures of Mottel, based on Sholom Aleichem’s last book, was commissioned by the Kaufman Cultural Arts Center of New York and performed at Merkin Hall in March 2007. Other produced works include Frankly, Scarlett, a farce co-authored with Phillip George, about the making of Gone with the Wind; The Remarkable Ruth Fields, a musical comedy about the trials and tribulations of a bearded lady, which received five 1992 Backstage Bistro Awards; Listen to the Wind, the 1995 revival of the 1955 British musical for which he fashioned a new libretto; Escape from Pterodactyl Island, seen on the London Fringe and at the NY Fringe Festival; and High Hair & Jalapenos, an original musical revue lampooning Texas. His musical version of William Makepeace Thackeray’s fairy tale novella The Rose and the Ring premiered in London in December 2001, and had an international tour of Canada, England and Australia in 2004. He has written numerous one-act plays, winning the Tennessee Williams One-Act Play Competition for The World’s Longest Kiss. His full-length play No Place Like Home premiered at South Carolina’s Trustus Theatre in 2004. He served as script consultant for My Favorite Broadway: The Love Songs, which was performed at NY’s City Center and subsequently aired on PBS. Currently, his musical for young audiences, Kid Frankenstein, will be produced by NYC’s Vital Theatre in October 2017; and his dance musical, Gotta Getta Girl, is under option to Amas Musical Theater. Mr. Morris is an alumnus of the BMI Advanced Musical Theatre Workshop.

Posters From Around The World 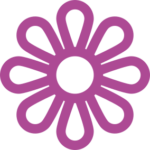